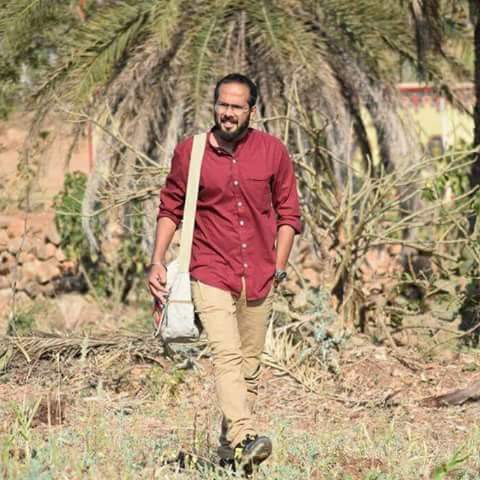 He slept in buses and trains and on platforms on his journey.

One day he slept in the slum and the next day he was in a palatial house on 35th floor in Mumbai !

He says he drank water from the taps of 80 cities of India , lived on had street food and if he found the food was expensive he would just have bananas and drink water.

He has a network of friends he has built on social media who he called on during his bag packing journey.

Amit Jain lost his father at the age of 3 , he was moved by the plight of his mother.

From a small village Bhusaval In Maharashtra, India he travelled to the city to for education.

He joined Bank of New York and started volunteering collecting old clothes for the needy .

He gave up his job to start a social venture Mitti ke Rang that provides employment opportunities to widows and poor women .

He has done it all , from travelling from a village to living in a city for education to getting a dream job to starting a social venture to bag packing across cities.

Amit says what he has learnt is that the greatest truth in the world is a lie .

What everyone tells you you can do and not do is a lie , his life is an example he says , he has challenged every norm .

Amit is fearless and believes he can do anything if he sets his mind to it . He lives comfortably with just 32 $ a month !

His advice to youth is work hard , save enough , start a side hustle and when you are confident get out of your job to live your dream .

At the age of 30 Amit Jain had wisdom beyond his years and I am blessed as a storyteller to interact with such amazing individuals as part of my journey of Heroes of India project .

Wish I had heard his story when I was in college.

My favourite line is "Don't die with your song in your heart". Being aligned to Your 'Truth' is being in Integrity of existence. The future of Life and Work is being in Integrity. I believe that it is time for passion economy as a new world emerges where location does not matter , organisations and people will seek out passionate individuals who are living their calling and making a difference in our world. Experiments in Integrity and Future of Marketing are two themes around which I will share my thoughts . I am on a journey to explore being in Integrity with my 'Truth.' View all posts by Sanjay Mudnaney